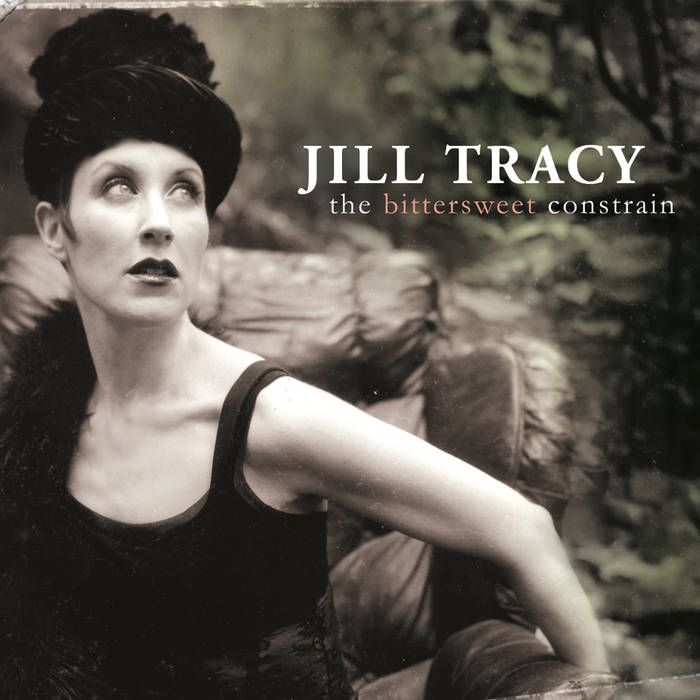 Jill Tracy will transport you into a seductive and magical realm far beyond the Everyday. The place where we wished we lived. A dark, elegant netherworld full of hidden passageways, wonder cabinets, and opium dens. Of monsters, marvels and mayhem. You know it's not safe here; but with Jill Tracy as your guide, you'll be in no hurry to leave.

Hailed a “femme fatale for the thinking man,” by San Francisco Chronicle, Jill Tracy was described by NPR's All Things Considered as "utterly intriguing, transporting you into a magical world solely of her creation."

LA Weekly has deemed her "the cult darling of the Underworld."


"I feel that I need to be a beacon for people, and allow them into the swampy place in their souls where the sinister and sensual meet," Jill Tracy explains in a recent interview in TOR.

"It's my purpose to perpetuate the long-lost magic, allow people to slip into the cracks, to pry up the floorboards and search deeply. Believe. Imagine. It’s so important to hold on to that childlike sense of marvel."

"It's nice to have discovered another artist of depth and substance, especially in an age where it's easy to feel that almost none still exist... Jill Tracy: "the elegant side of the netherworld" --maybe "netherworld" has replaced "underground" now. No wonder (Jello) Biafra had raved to me about her. The new music of the future will give us history lessons, and restore to us our lost authentic emotionality, in an age which J.G. Ballard has described as "the death of affect." The death of authentic emotionality and emotional response, indeed... NOT YET - not as long as a handful of people like Jill Tracy, Jello Biafra, Nick Cave, Henry Rollins, and Lydia Lunch keep "kicking against the pri-cks" (to paraphrase Shakespeare). And handing us reasons to still keep living and deciphering what we really feel..."
V. VALE, RE/Search PUBLICATIONS


"Few things are finer than drowning in anticipation for a new album -- having that album arrive and, most importantly, having that album more than satisfy said anticipation. "The Bittersweet Constrain" is wonderfully dark, mischievous and mesmerizing... twilight tales of spurned love, untimely ends and thoughts lost in the shadows, slowly creeping unseen and meaning to not merely embrace, but drag us down into those oh-so-wrong exalted states. What a bloody good record."
L'ENNUI MÉLODIEUX


"More noir than cabaret, Jill Tracy's "The Bittersweet Constrain" is a mesmerizing example of a musical endeavor that lives and breathes its own atmosphere. Like a trip down the back alleys of a metropolis in decline, you never know where the album is taking you; like an audio flaneur, you may find yourself strolling by the scene of a crime ("Room 19"), finding decadent delight in Faustian bargains ("Sell My Soul"), or becoming obsessed with fatal longing ("In Between Shades"). By turns seductive, dangerous, and knowing, Tracy's voice is pure chanteuse, irresistible even in the face of the beckoning downward spiral. Colored lightly in the hues of torch song and morbid nightclub songbird, the album takes its time to unfold, lulling you with waves of dissolute dreams as it subtly pulls you under the tide. Backed by her own tenebrous piano and a host of musicians dubbed The Malcontent Orchestra, "The Bittersweet Constrain" is a very dark album that avoids unnecessary bleakness. Though the record contains paeans to the barbarity of torture devices and other metaphoric references to the torments of love and lust, the raw emotional hunger of Tracy's voice indicates that the agony of "the bittersweet constrain" is, inevitably, all we have. A downbeat ending fit for the rain-drenched, black-and-white conclusion of a noir thriller to be sure, but with music as compelling as this, it is a proposition difficult to argue against."
LIAR SOCIETY


"The music of Jill Tracy is something wholly unique, alluring, and as others have said before me, otherworldly. It is not some bland tune slapped together in order to stay in step with the latest musical fad, it is not lyrics that have been packaged to appeal to the most possible paying customers at the cost of their original integrity, but most importantly, it is not like anything you have ever heard before. It's absolute bliss. There may be plenty of other cabaret singers out there today, and many of them might have real talent and soul, but not a single one of them will ever be Jill Tracy."
B. SHELBY, review

Jill Tracy reveals in an interview with Culture Flux Magazine that “the theme to The Bittersweet Constrain is how we, as humans of our own free will, put ourselves into cages. We spend years building up cages for ourselves, and at the same time we are miserable feeling trapped inside them. But they are self created… Freedom can be a frightening thing, so often people will choose to remain constrained.”

words and music by Jill Tracy

Jill Tracy will transport you into a seductive and magical realm far beyond the Everyday. The place where we wished we lived. A dark, elegant netherworld full of hidden passageways, wonder cabinets, and opium dens. Of monsters, marvels and mayhem. You know it’s not safe here; but with Jill Tracy as your guide, you’ll be in no hurry to leave. ... more

Bandcamp Daily  your guide to the world of Bandcamp